“It’s like…a big playground, you know”, told us the new owners of the marina at the beginning of the year, about Sztynort, when starting off their journey. What began as a play, has already become tough work. What allows some places to stay playgrounds, while others are transient playgrounds and transform into work spaces?  How much of the initial playfulness can remain? More than one contemporary palace activist has spoken about the country estate of Sztynort or the village itself as their “playground”. This also goes for us, the organizers of this festival: a festival turns a space into a playground.

This is why we we chose PLAYGROUND as this year’s festival theme. We wanted to see what can be learnt about and for the manor, if we view it as a playground- just as people have described it to us and just as we felt about the place. What are the  benefits, what the risks of thinking about a space as a playground? 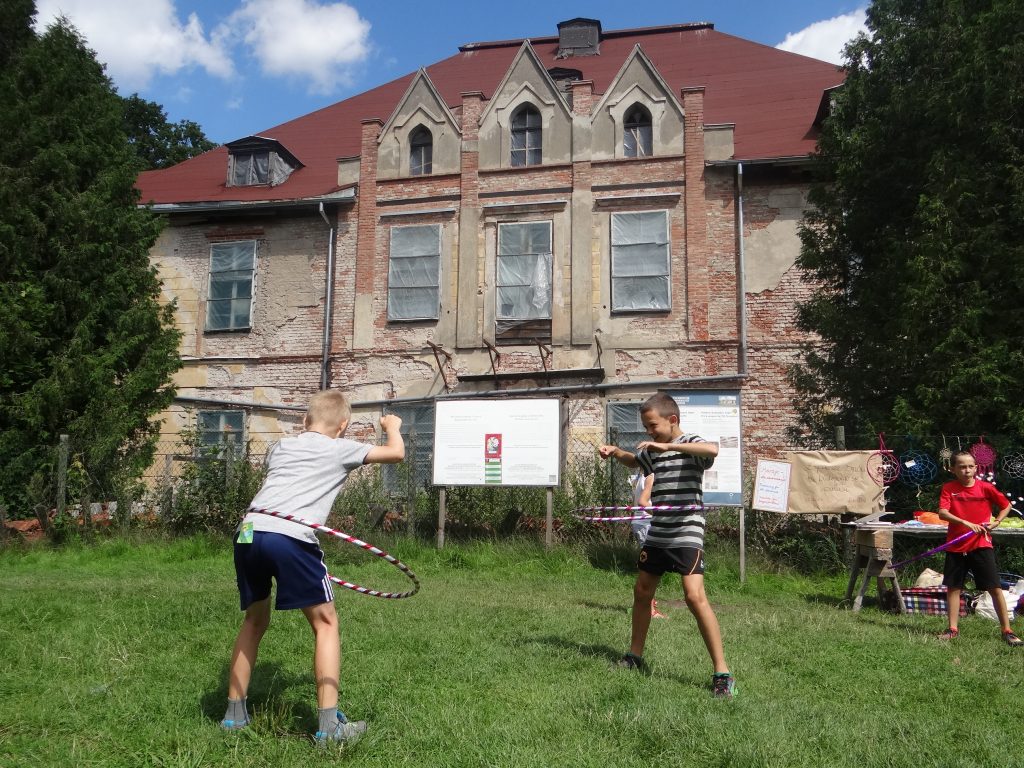 What do you associate with the notion of playground? Maybe the child’s instinct to play or the nostalgia of the adult? In Sztynort you need not search long for such sentiments. It’s been a destination for families and youth camps, moulding memories of sweet summer days. And yet our chain of associations doesn’t stop here. With playground we can travel down darker roads, those of fate and capriciousness, like Norman Davies used the notion in ‘God’s Playground. A history of  Poland”. The palace of Sztynort/Steinort has its own stories to tell about that metaphor – as a playground of European, Polish, German history. 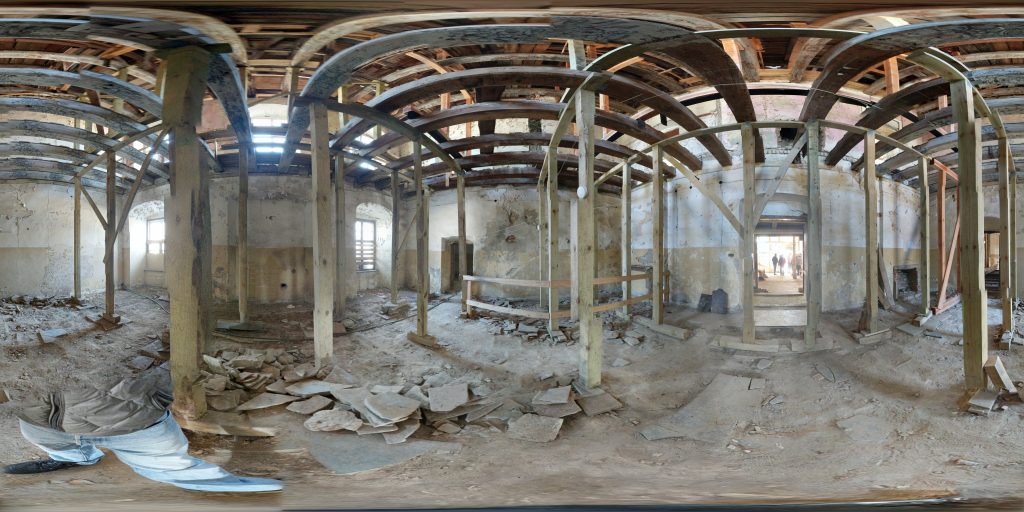 Playing is always located in space, but constantly creates new spaces stretching the places in which it operates. playgrounds. Wherever somebody is playing, there is a playground. Yet playing has a double face – on reglemented sites, it can become boring very quickly, yet in illegal playgrounds, it sometimes costs lives.  Official playgrounds can be safe spaces, but the can also be exclusive.

Where are our preferred sites of play? What makes a good playground? And what can we learn from the playground for the future of Sztynort? With the workshops, cultural events, themed guided tours, the palace scenography and the exhibition, the cultural week explored the many facets of the manor of Sztynort/Steinort as unique and yet universal “Playground”.