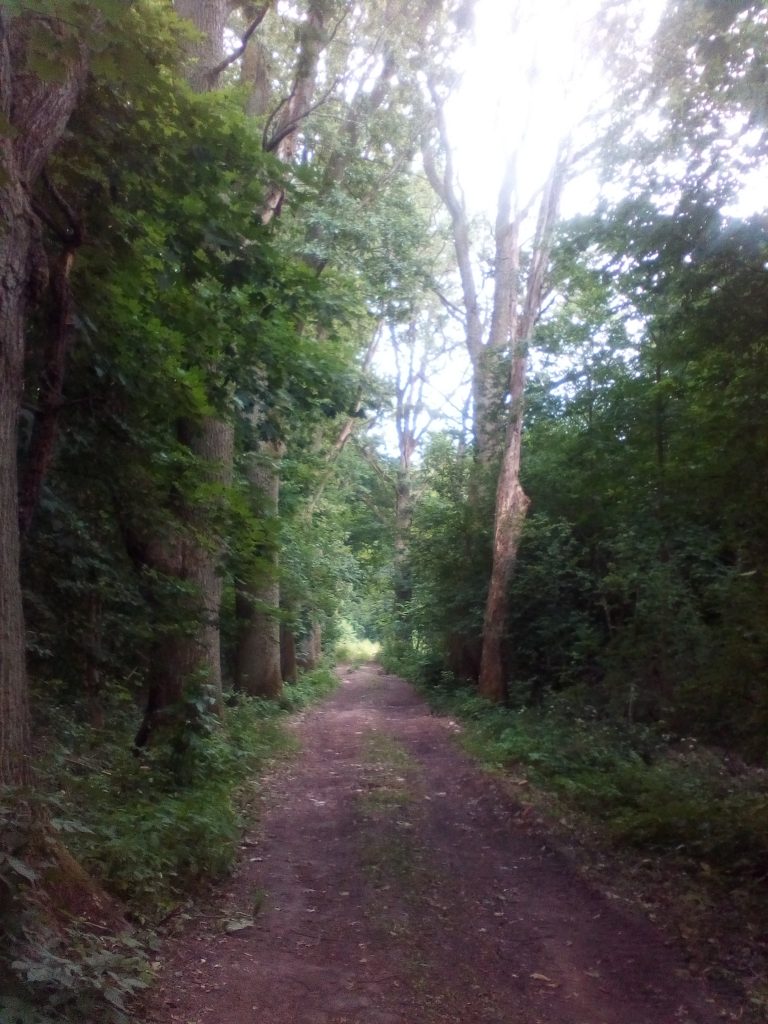 Taking a walk can be just an idle pleasure on a Sunday afternoon. Sometimes, however, a walk changes our lives: We clear our heads, we have a genius idea, we take an important decision, we fall in love, we make a cunning plan, we share a secret. Other times, again, a walk  is a masquerade that stages an idyll that never existed. And then there are walks that turn into an escape. In short, walks are very powerful, creative spaces. How do we use them in our everyday lives?

This year’s Stn:ort week carries the theme “Spaziergang”, German for walk. It gives visitors the chance to rediscover the possibilities of going for a walk. One part of this is learning about the history of walks in Steinort. Another part are thematic workshops that explore different aspects of going for a walk.

The palace of Sztynort is not only a lovely setting to set off on extended strolls through nature, it is also a place, for the history of which walks play an important role. Walks are particularly central to the World War II history of Steinort and the biographies of Heinrich and Gottliebe von Lehndorff, the two last East Prussian owners of Schloss Steinort.

It was on a long walk through the surroundings of former Steinort in 1936 that Gottliebe fell in love with Heinrich and his rural life. It was only three years later,  by then they had married and moved to Steinort, when World War II broke out.

In 1941, the young couple, now with two children, had to accommodate a new resident in their palace: NS-Foreign Secretary General von Ribbentrop moved into their premises. They were in close proximity to Adolf Hitler’s recently finished headquarter, a secret bunker village, called the “Wolf’s Lair”. Von Ribbentrop loved to take walks through the palace park with the whole Lehndorff family – the elegant Count, the stunningly beautiful Countess, and the two adorable blond daughters. The Foreign secretary’s ever-present photographers were quick to document the staged manorial East-Prussian bliss.

Around the same time, the Lehndorffs began to seriously oppose the political system. They started to become involved in the German circle of conspirators against the Nazis. Being the hosts of the Foreign Secretary and his staff was both a curse and a blessing. It called for extra caution of the conspirators, but at the same time, it diverted suspicion. Regularly, the conspirators would come to Steinort to meet and plan their activities, the most prominent being the attempt on Hitler’s Life in 1944. To speak in private, they would go for long walks, take rides on horseback, or boat trips.

In the night from the  20th to the 21st July 1944, after the failure of the operation Valkyrie, Heinrich escapes through a window into the park. This time, his walk in the park was the beginning of an attempt to escape being arrested and and sentenced to death by the Nazis.