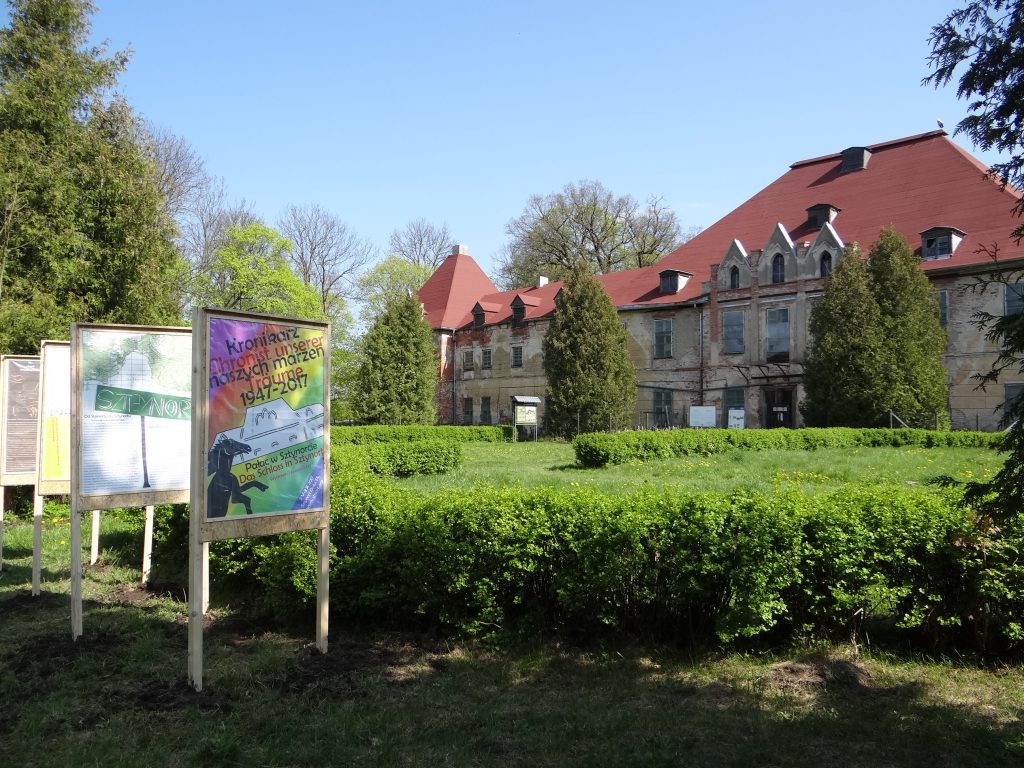 The Manor in Sztynort is a place in which different episodes of the past overlap: The building hosts fascinating stories as Estate of the Eastprussian Gentry, as a setting for political resistance during World War II, as socialist people’s palace, and as post-socialist investors’ dream.

The exhibition “Chronicler of Our Dreams – The Manor of Sztynort 1947-2017” is the beginning of an exhibition series about the changing history of the Manor of Sztynort Duże. 16 illustrated bilingual boards narrate the history of the estate since 1947 for the first time to a wider public. An interactive multi-media installation in the Manor brings the histories from the recent past to life. Events that accompany the exhibition make space for dialogue, community, and creativity. The exhibition will be showed from May to October 2017 in Sztynort Duże.

The socialist and post-socialist history of the manor of Sztynort is exemplary for many other former gentry houses in Poland and former socialist Central Europe: it features the challenges of finding suitable regimes of ownership for a building of that physical calibre, the processes of redesigning the functions of the building to serve a transforming society with different values, needs, and social imaginaries, and the difficulties of coming to terms with the multi-layered heritage and the diverse, transnational communities of heirs of the building. At the same time, the history of the Manor of Sztynort is very specific for the Masurian Lake District: It tells us a great deal about the development of tourism cultures, geographies, and economies in Masuria. This is why the Manor of Szytnort can be called a chronicler of societal dreams, hopes, and visions in Masuria and Poland since 1947.

The idea of the exhibition and its thematic narrative evolved from the outcomes of several years of ethnographic fieldwork about tourism identities in Sztynort and surroundings. Sources for the exhibition are narrations and memories of former employees in the Manor, of sailing tourists, and from heritage activists as well as newspaper articles, work documents, correspondences, and historical photographs. 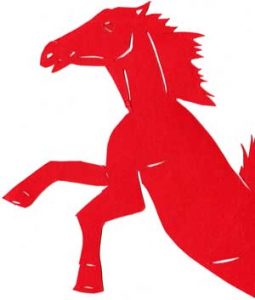 The illustrations of the exhibition were created by hand with paper and scissors in a colorful cut-out style. They allude to the Polish folk tradition of so called “wycinanki”. The motives recall design trends of Socialist Poland, which helped strong, folky colours and minimalised cut out patterns to an aesthetic revival. The motives and fonts take inspiration from socialist poster art.

With the illustrations of the exhibition, the artist and exhibition designer, Hannah Wadle, makes an aesthetic argument about the cultural re-interpretation of the Manor of Sztynort since 1947. The illustrations give a sense of the very own cultural and social ambience that evolved during the new regime of ownership in the estate and that makes part of its biography today.